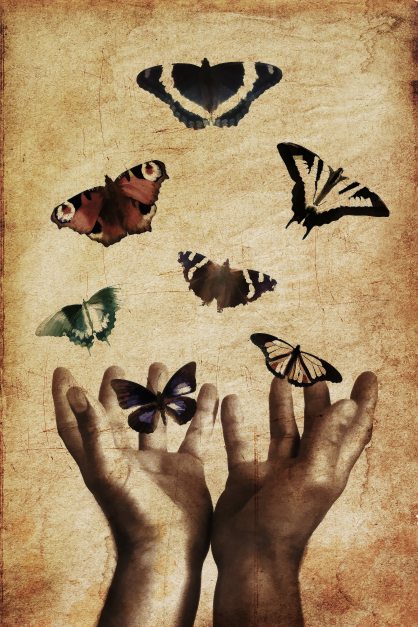 Sometimes we spend so much time and energy thinking about where we want to go that we don’t notice where we happen to be.

―Dan Gutman, From Texas with Love

When I first moved from Oregon to Texas, all I did was mourn for the area that I left behind.  I couldn’t see the beauty that was all around me, simply because I was too busy wishing I was somewhere else.

Sometimes it’s hard to leave the past behind.  Past experiences, past loves, past places all seem to follow us and haunt us.  You don’t have to forget about the past, but don’t let it cripple you.  Be sure to see each day with new eyes.  Savor each one, because you never know when you might be experiencing your last one.

The Lovely and talented Robbie Cheadle at Writing to Be Read, runs a series of posts called Treasuring Poetry. I am honored to have been asked by her to participate in this for 2022. Below, please see the interview that Robbie did of me. Be sure to spend some time on Robbie’s blog as she is a talent that you don’t want to miss. Not only is Robbie a published author, but she also offers publishing services.

Writing to be Read

Which of your own poems is your favourite?

But to answer your question, today, right now, I think my favorite poem is called Poetry Of My Heart .

spills onto the page

is written on the wings

What inspired you to write this poem?

Tina was young and naive.  She was also a statuesque beauty that Rex fell for the first time he saw her picture.

Rex had everything in order.  He thought he had arranged the perfect first date to start off the evening’s festivities.

The restaurant was cozy and dimly lit.  Rex had a view of the front door and would be able to spot her as soon as she walked in.  He had a single rose on the table next to him ready for that moment.

After an hour and 3 bourbons, Rex knew he had been stood up.  He stepped out into a damp Houston night.

Rex turned up his collar against cold.  He had his hands stuffed deep into his pockets, trying to keep them warm.  He clinched the little bottle in his pocket even tighter.

Clouds of vapor puffed out of his mouth as he walked along the sidewalk, cursing and muttering to himself.

“Bitch coulda at least texted me.  I sit there for a freakin’ hour waiting on her!  Hell, I told her we’d go to the  game after!  I told her that I had bought the tickets for crissake!”

Rex’s feet were getting wet.  He’d stepped in a puddle as he crossed the street to his car.  This made him all the more angry.  “Flaky whore!”

As he approached his car he fished his keys out.  He clicked the little button on the remote and the trunk lid made a soft “chunk” sound and sprung open.

Cautiously looking around him, Rex reached into the trunk and pulled the gym bag out unzipping it.  He spread open the top of the bag and peered inside.  All was as it should be.  There was a good, strong nylon rope, duct tape, and a large knife.

He dug into his front pocket and pulled out the little bottle of chloroform.   He dropped it into the gym bag along with his other date night tools.

*When I came across this older piece of mine, I decided that it deserved a second outing.  I hope that you enjoyed it.

I’ve been blogging off and on for about 8 years. During that time, I did not take advantage of the amazing community that WordPress has become to me until the last few years. Don’t make the same mistake. I would like to share some of what I’ve learned with you. If you would like to expand your readership or enhance your WordPress experience, these points might be helpful. I do not claim to be any kind of expert. I just want to share my experience and possibly spare you some of the mistakes I’ve made.

*I’d like to add a couple more suggestions for a Better Blogging Experience.

1. Be polite. If you don’t agree with something, that’s no reason to be rude. Move along to something that better fits your tastes.

2. Have Fun! Once you spend a little time here, you will begin to really enjoy the community and the connections that you make.

Have fun with this experience!

Waiting to be remembered.

“No act of kindness is too small. The gift of kindness may start as a small ripple that over time can turn into a tidal wave affecting the lives of many.”

“Wherever you go, no matter what the weather, always bring your own sunshine.”

If you need something to smile about, this little video will do it!  A Must-See!!

REBLOG:  This is the post from Chuck’s blog.  Be sure to visit his Blog!!

The vision
of your face

Came to me
last night

With sweet lips smiling
and your eyes sparkling

I felt your touch
and saw our love

Dancing with the angels

where we have a
never ending future
to share

Many thanks to Penny for the joy and magic of writing together!!
Please visit Penny’s blog – pennywilsonwrites.com