I promised Before and After pictures of my kitchen painting project.  So here they are.  If you can’t tell, the dark blue was the Before color and the sunny yellow is the After color.  I just love it.  The whole process was much harder that I realized it was going to be just because of a few unforeseen incidents.  Also there is the fact that this 63 year old body is not used to spending a lot of time on a ladder.  I forgot how much hard work painting is!!

There are still a few things that are needed to complete the look.  I have blinds and a new ceiling light fixture on order.  So those will be put into place.  Eventually I will change the look of the counter tops and backsplash.  But that will be another time.

I’ve always thought that a kitchen should be light and bright.  This one fits the bill.  Instead of hating the look of my kitchen, now I love it!  It was hard work, but well work the effort.

Have you done a big DIY project that you’re proud of?  Tell me about it!

Thank you for joining me on this journey.  Penny ❤

Most of you are much too young to understand what the title of this post is referencing.  🙂  I may not owe my soul to the Company Store, but before it’s done, I’ll owe it to Home Depot!  hee hee!

Being a new homeowner has had So Many Joys!  I love my little nest.  ❤  (The picture above IS of my cute little house, although the grass has started to come back and is greening up nicely.  This was the Realtor.com picture.)  I had no idea how Handy I would become, working around the house!  I’ve always considered myself self-sufficient, but I am learning things that I never knew that I would need to know!

END_OF_DOCUMENT_TOKEN_TO_BE_REPLACED

It seems that with my off again, on again process of writing, I now have 4 versions of my novel.  What have I done? !!

The original version has some really great parts, but a weak back story.  So I started the novel over again from scratch!

This version has taken a completely different route from the original.  While having the same End Idea as the original, the route it has taken getting there is much darker than I care for.

At some point along the way, I started with a version that was saved from something previous.  I opened the wrong document when I started to write and I created version #3.

After vowing to Just Write The Damned Story, I’ve been making pretty good progress on my novel.  But I have discovered that I made the same error, opening the Wrong Damned Document.

So NOW I have 4 flipping versions of my novel!! Every version is just a little bit different, because every time I would sit down to write, I would just take off from the last sentence on the screen.  I never seem to go down the same path twice.

How to fix it?  I’ve been really frustrated about this the last couple of days.  I’ve got a lot of work involved in this mess.  But I think I’ve come up with a solution.

I’ve gone through and carefully looked at each version and renamed them Versions #1, #2, etc.  This should eliminate future confusion.  I think now I can copy and paste into a Master Version.  I hope. 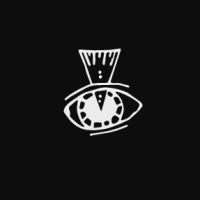 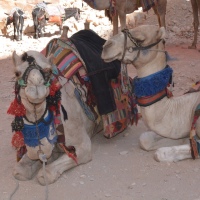 Psycho poetry from my Guts

Listen to your inner self..it has all the answers..

random musings of me

About the Jez of It

Poetry, stories and strange odds and ends from the desk of a writer

Philosophy is all about being curious, asking basic questions. And it can be fun!