I’m reposting this because, while I’ve received a lot of really good ideas, the more the better!  Please comment below with your ideas!  Thank you!! ❤ Penny

The weirdest thing has been happening in Frisco, Texas.  There have been 6 (that I know of) aggressive coyote attacks on humans!  From my experience, coyotes are normally afraid of humans and will avoid them.

There is an article HERE about some of these attacks that you can read.  It’s not that these people were provoking the animals.  They were actually stalked and attacked!

Frisco is NOT a tiny town out in the wilderness.  It has a population of more than 177, 000 people and is only about 30 miles north of the mega city, Dallas (1.3 million).  Another fact: several of these coyotes have been shot and killed, then tested for rabies.  They’ve all tested negative for rabies.

This is totally out of character for these animals.  There are all kinds of guesses as to what may be causing them.  People feed their animals outside, garbage cans, etc., etc. 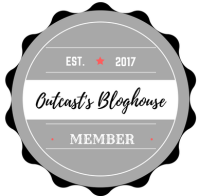